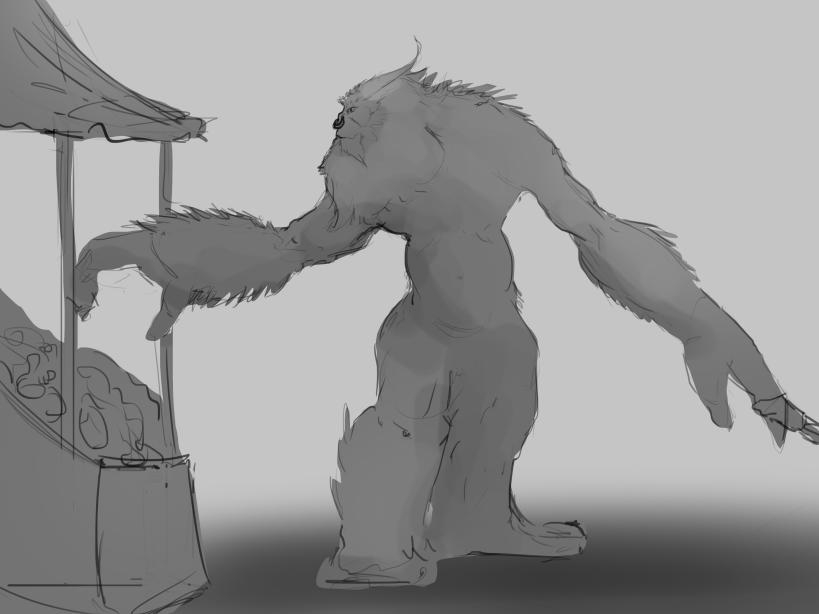 A Yeti from the high slopes of the Eastern Peaks in the Xin province, Migio is Moon’s steadfast companion. He never leaves her side and is fiercely protective of her. Together with Moon, Migio travels the world most of the year as he completes contracts for the mercenary faction called The Reavers. But despite his intimidating appearance and occupation, Migio likes nothing more than to relax in peace. He  enjoys good food, music, and the occasional game of cards.

Migio was written to be a gentle and friendly member of a race of creatures (Yeti) that are typically gruesome, fierce, and intimidating. As such, the concept artist was initially instructed to depict him wearing a colorful large poncho. The idea being that Migio wearing colorful clothing would make him appear more civilized and friendly. Otherwise, the look of Migio was based on the classic Yeti as can be seen in the original sketch.