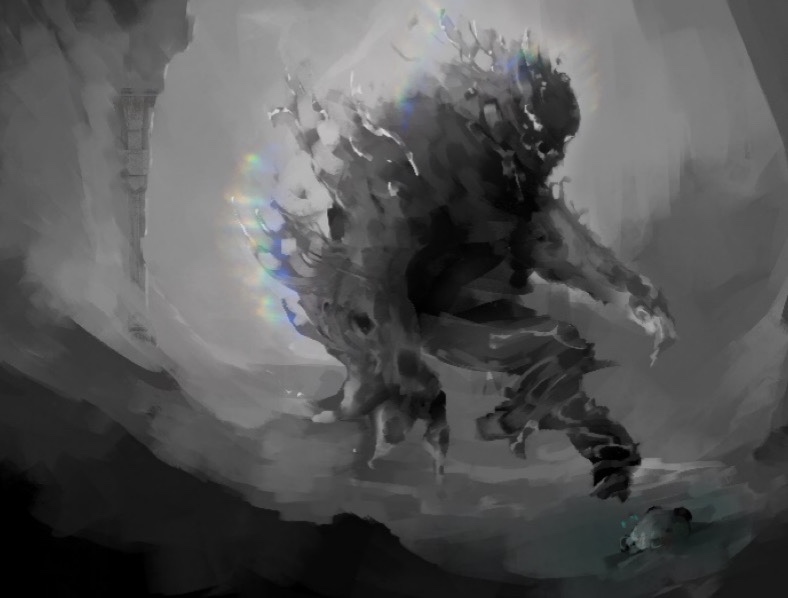 Having gone from the treasure cave of the 40 thieves, across the Himalayas, over to the far east to visit with the former God-emperor, and finally returning through the inter-dimensional rift to his race’s home world of Ki, Uko is well-traveled. He spent much of his storied past as a traveling companion to various adventurers and wise men. Mostly notably, they include a street orphan turned king from Earth and Yu Huang, Xiwangmu’s spouse who ruled the earthen side of their vast empire.

Unlike other water-elementals, Uko and other Djinn like him prefer to relax within relatively small containers. It allows them to conserve energy that would’ve otherwise been spent maintaining a shape. However, no new arcane-laden water does mean that growth and power-gain is severely limited.

Despite this, Uko is deceptively old and wise for his size, having learned to speak and expand his mind from all the human and nonhuman companions he’s called friend throughout his long life. After spending so long mastering speech, it’s now unsurprisingly hard to get him to shut up. Uko delights in long, overdrawn, and ruthlessly deep conversations with anyone willing to engage.