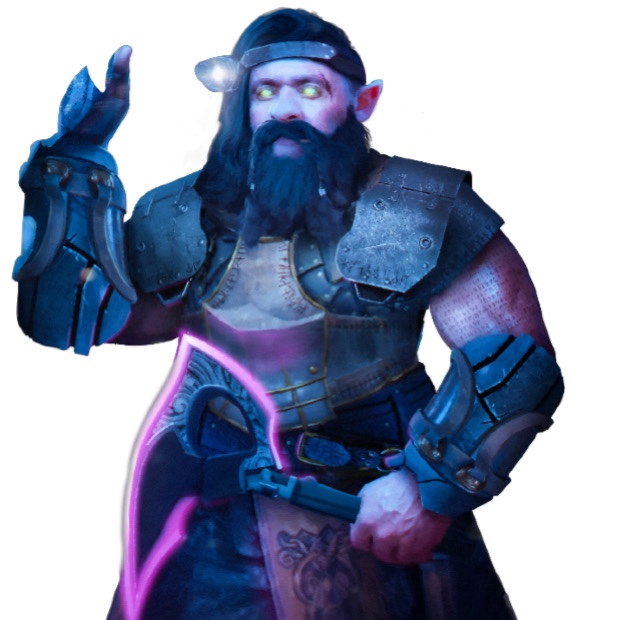 A member of the Veinstalker guild, Drimir has spent nearly his entire life deep underground. He occupies his days mapping out tunnels and the locations of rare metals and elements to enrich the dwarven kingdom of Djuphall.

Together with his father Borg, as well as three other Veinstalkers, it was Drimir who eventually discovered the terrifying subterranean species of monsters now known as the Demogors. Nobody knows how many of these creatures exist, or how far their territories stretch underground, as Drimir is the only person to have ever dived that deeply underground and re-immerged to tell the tale. He emerged alone, having lost his father and their three companions to the creature’s ambushes.

Despite his harrowing experience in the deep, Drimir prefers to lead the Veinstalkers from the front. He personally plans and leads expeditions back into the uncharted tunnels below, hoping to uncover more mysteries and bring back more riches.