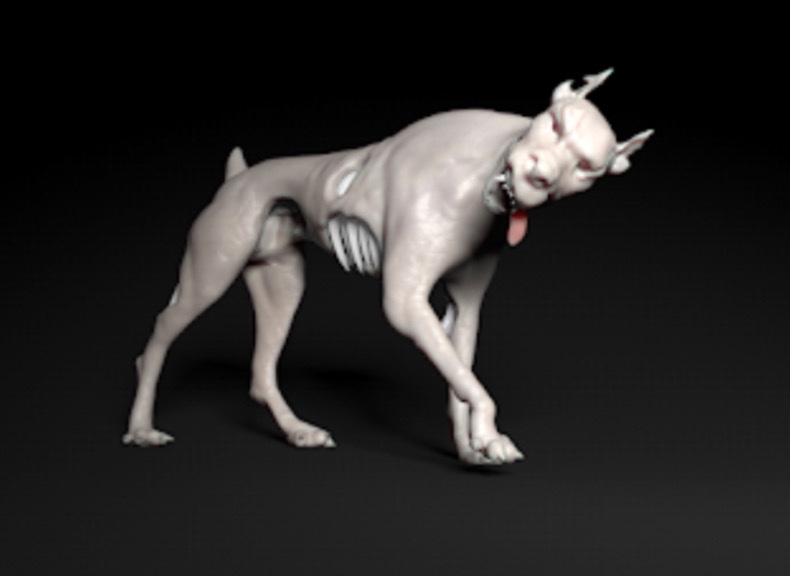 Known to farmers, ranchers, and homesteaders throughout the Arri Isle, the Black Dog is the stuff of legend. It’s a large dark and huge hound. A strange blue-green glow surrounds it as it stalks the forests and fields.

Some say that there are many different black dogs, since it’s been sighted on all but two of the seven islands in the Arri chain. Others claim that the Black Dog is actually an ethereal and simply finds a new decaying dog corpse to marionette around on each island. It simply detaches when its done and floats on the wind to move over the ocean.

Whatever the truth might be, one thing remains true no matter who you talk to; they are all absolutely terrified of the beasts. All manner of horror stories are told about the Black Dog(s). Some say the dog stalks you for days from the edge of the forest, only occasionally showing its faint glow and piercing red eyes through the darkness. It waits for you to let your guard down so it can close in for an ambush and then leaves you for somebody else to find. You’ll end up completely gray and ice-cold, curiously without any visible wounds or signs as to what might have killed you.

Others claim that it is the Black Dogs and not infamous Trechends that kill their livestock, tearing giant buffalo and wilder beasts to shreds. They leave a frightening scene of carnage behind as they paint the hills red.