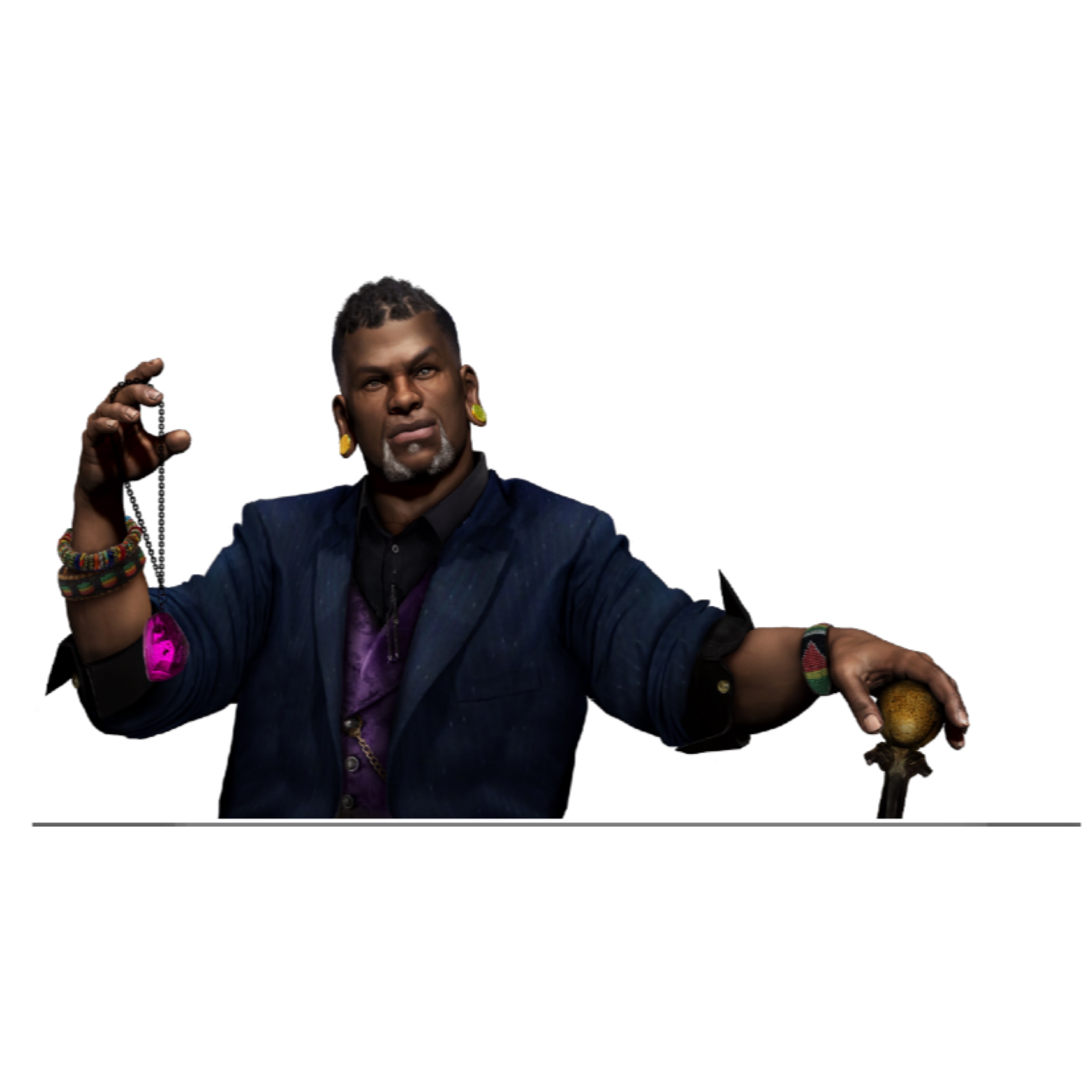 Branded a troublemaker for his individualistic nature, Anansi was sent to die on a suicide mission by the leader of his birth-tribe. Eventually, he was stranded in a foreign land.

Anansi always had to make the best of any given situation in order to survive. Soon enough however, his skills in survival helped him do so much more- thrive. Anansi leads one of the largest and most powerful factions in all of Ki named The Seekers. Through their network of entertainers, journalists, spies, contacts, agreements, and extortions, the faction has become the premier information broker in all of Ki. They work over the airways and through the written word, as well as through more nefarious backchannels.

Nobody really knows what Anansi’s end game is with his increasingly monopolistic faction. Some say he gives work and belonging to outcasts everywhere; others say that he secretly controls the entire fabric of society and is responsible for every bad thing that’s happened on Ki for the last millennia. This is something he of course vehemently denies during his weekly personal radio talk show.