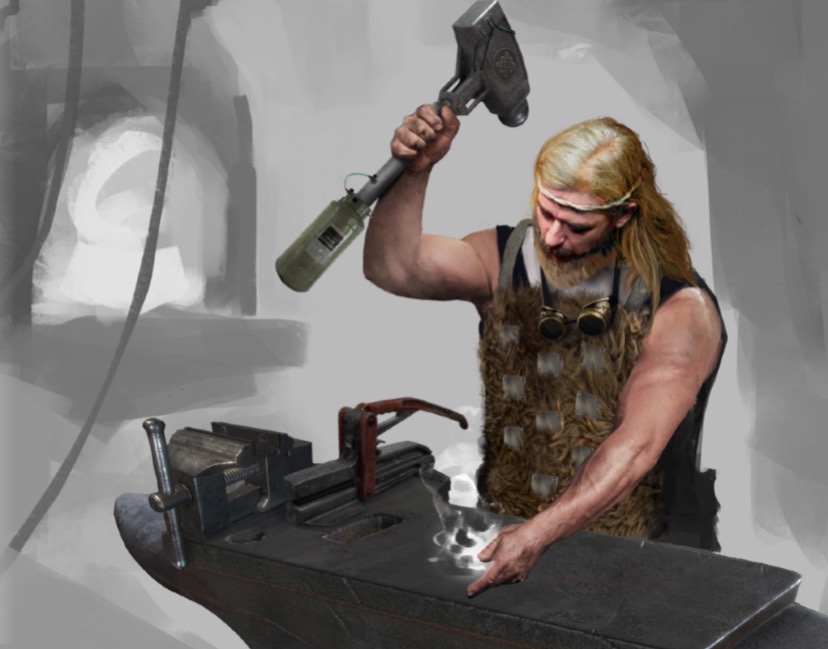 Oldest and wisest of all the citizens of who call the northeastern province of Slovask their home, Svarog founded the city of Tresh. Svarog built many of its great metal halls and the formidable defenses that proved crucial to the war against the Xinians.

Svarog would eventually “father” the arcane-powered atomatron Dazbog. Though not actually a biological son, Dazbog is Svarog’s greatest craft. It’s undoubtedly what he is most proud of, even despite all the somewhat “horrific” acts his son would eventually become known for.

Svarog leaves the running of his city to a council he’s appointed so he can focus on what he loves best- creating weapons, armor, and increasingly in the modern age, technological gadgets. He still reserves the right to veto anything and everything he doesn’t like the look of. For this reason, Thresh has remained a fairly isolated and insular society when compared to the rest of Ki.