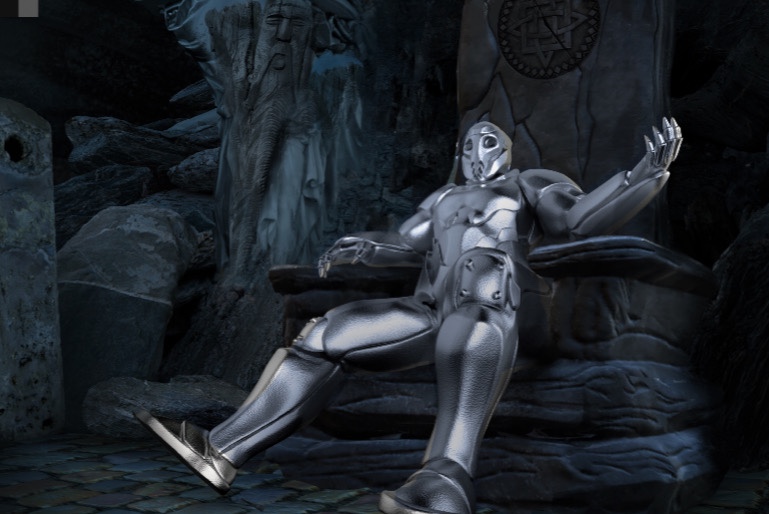 Forged out of fires infused with the blood of human sacrifices, Dazbog is the pride and joy of his creator. Some, including the two themselves, would even say father rather than creator.

His internals are made up entirely of molten rock held together by powerful arcane forces, while his outer shell is forged from adamas metal hammered into shape by Svarog himself.

While not technically “alive”, Dazbog does have a will and personality of his own. This personality seems to be mostly consumed with gathering followers to his cult and receiving sacrifices.

Despite this, if you were to ask any of the people in his village, they’d speak warmly of his gentle nature. They would say he’s a generous provider, loyal to a fault, and only ever uses violence against the unjust in society.