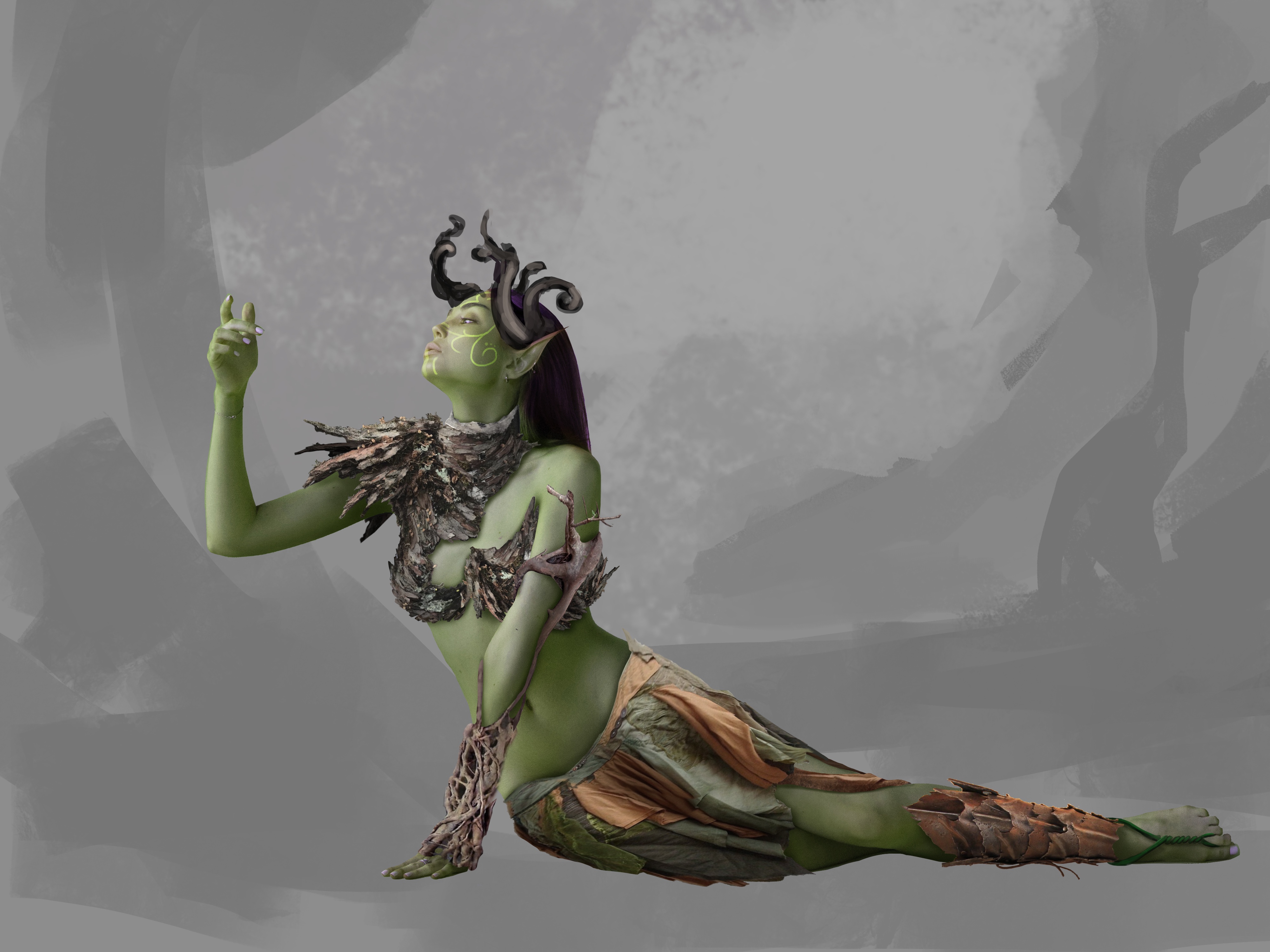 Circe is a dryad Nymph that would’ve remained a character of little importance in Ki, had it not been for her involvement with the failed uprising in Gaoshi. She was subsequently imprisoned under Xingwu.

As a Dryad, she was able to eventually free herself by causing the large trees above her subterranean cell to burrow through the concrete and into the facility. The trees infected the air with a deadly spore and killed everyone inside, including Xiwangmu’s most trusted researcher.

Since then, she’s been one of the Immortal’s most sought after individuals for either imprisonment or immediate termination. It would seem a slight against the Mother of the West is not easily forgiven or forgotten. And so Circe lives in hiding and in solitude, not willing to risk her own Dryad den for fear of it falling to the Immortals’ nets and traps.