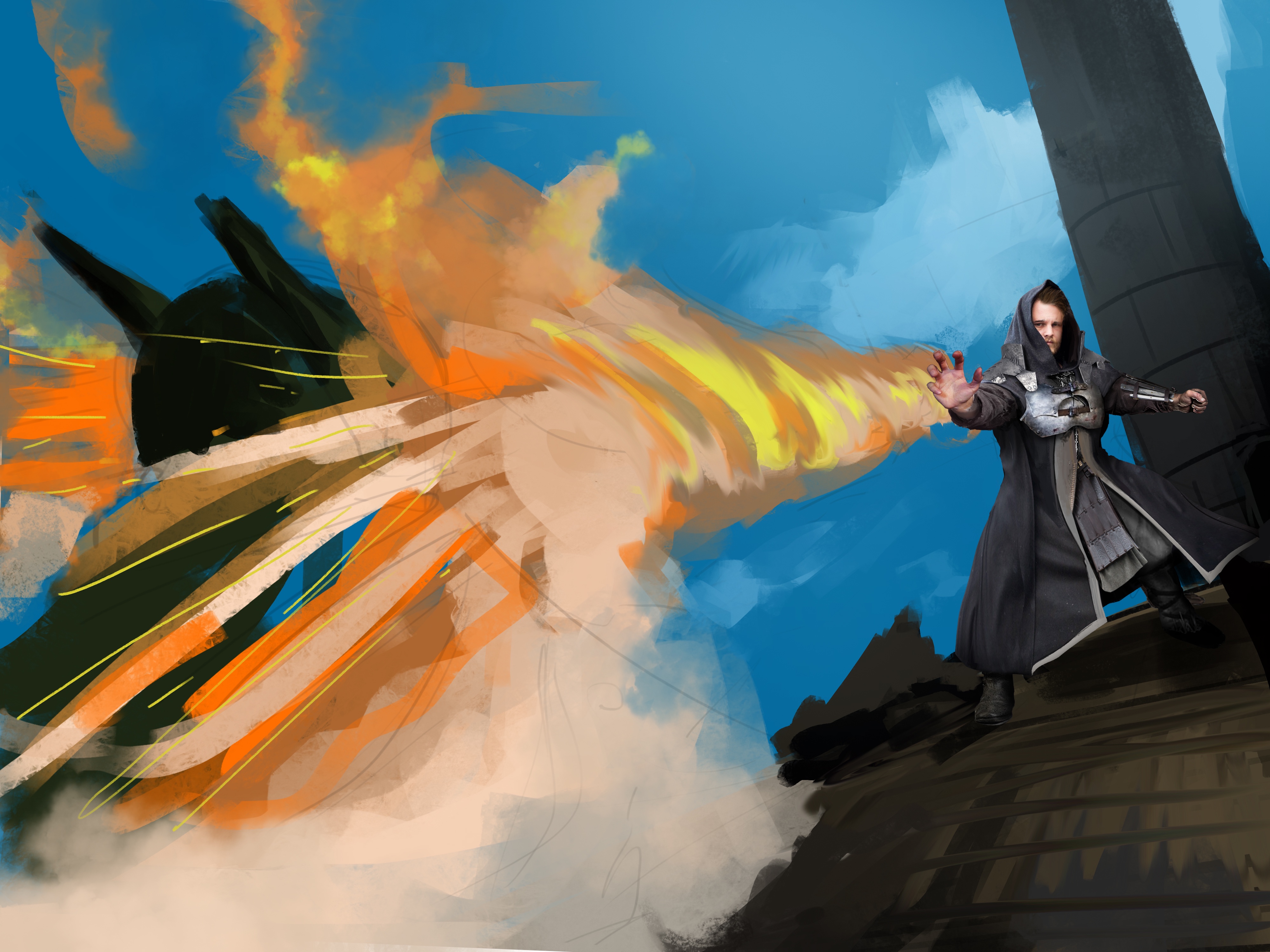 Humans in Ki are the aliens of the world. They were brought over through the rifts to serve as cheap labor or even slaves to the more powerful races native to Ki.

As such, humans didn’t evolve bodies and brains attuned to the arcane particles that are plentiful in Ki’s universe, which is probably why they were seen as such an excellent target for domination- comparatively short lifespans, no ability to manipulate arcane particles (no magic), and incredibly fragile bodies.

Alric Crown however, seems to have found a way to break with convention. A human by all appearances, he is still able to manipulate arcane particles, and not at a novice level either. He’s able to boast without deception of being one of the most powerful fire-mages in all of Ki.

Crown and his Wizards of the Rock work in the shadows to help the Anansi and the Seekers achieve their nebulous goals.