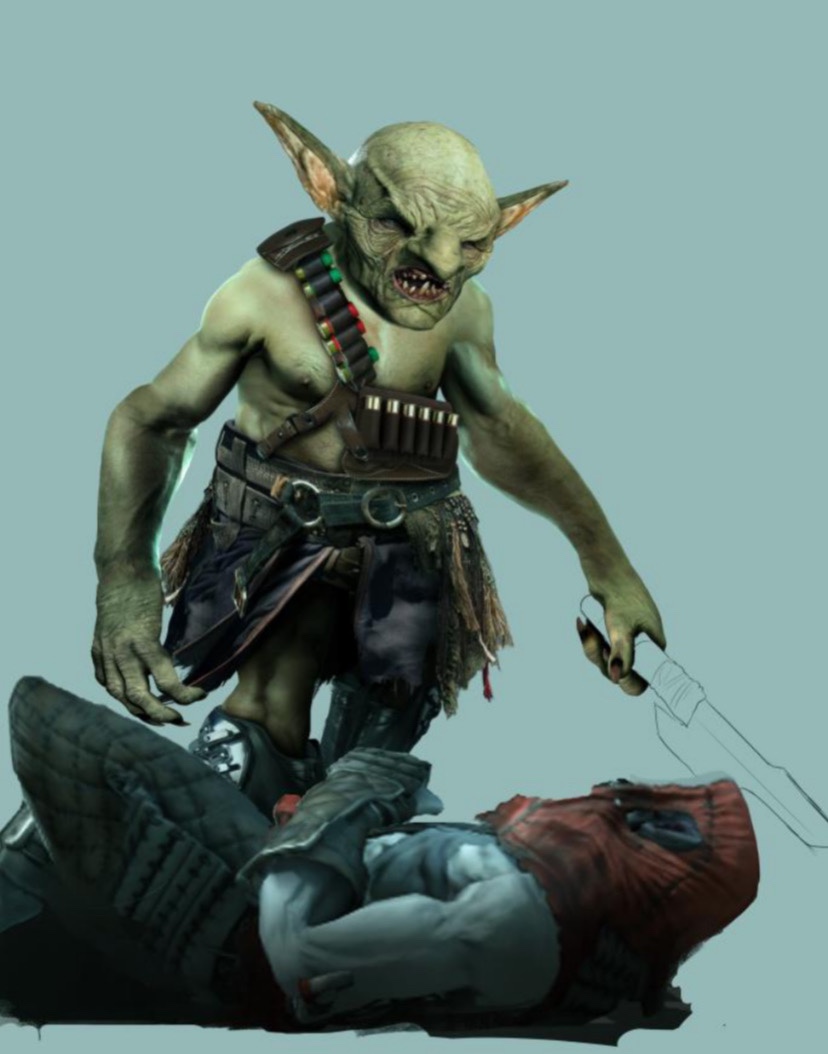 A Goblin from the village of Farq, Skreion was selected at an early age to be the next Redcap. A legendary Goblin warrior whose title is passed down through generations, the Redcap is responsible for protecting and providing for his community. Redcaps go out on thieving, raiding, and slaughtering missions to ensure that the otherwise peaceful and gentle Goblins can sustain themselves. They persist even after thousands of years of oppression and genocide at the hands of the various Protomen factions who have conquered their homelands in the Arrey Isles.

Though the title of Redcap was typically awarded to the strongest and most noble goblins, in recent years the role has become much more nefarious in nature. Humans on earth became a particularly juicy target as the Goblin race seems to have found an uncanny ability to find Rifts before they close. It’s something Goblins exploit to their advantage as they plunder and murder isolated human communities on earth, bringing the stolen riches back through the Rifts before anyone else on Ki knows it was even there. With the rise of the factions in Ki, Skreion is the first Redcap to abandon the life of plunder in favor of seeking a more steady income as a mercenary for the Reavers.