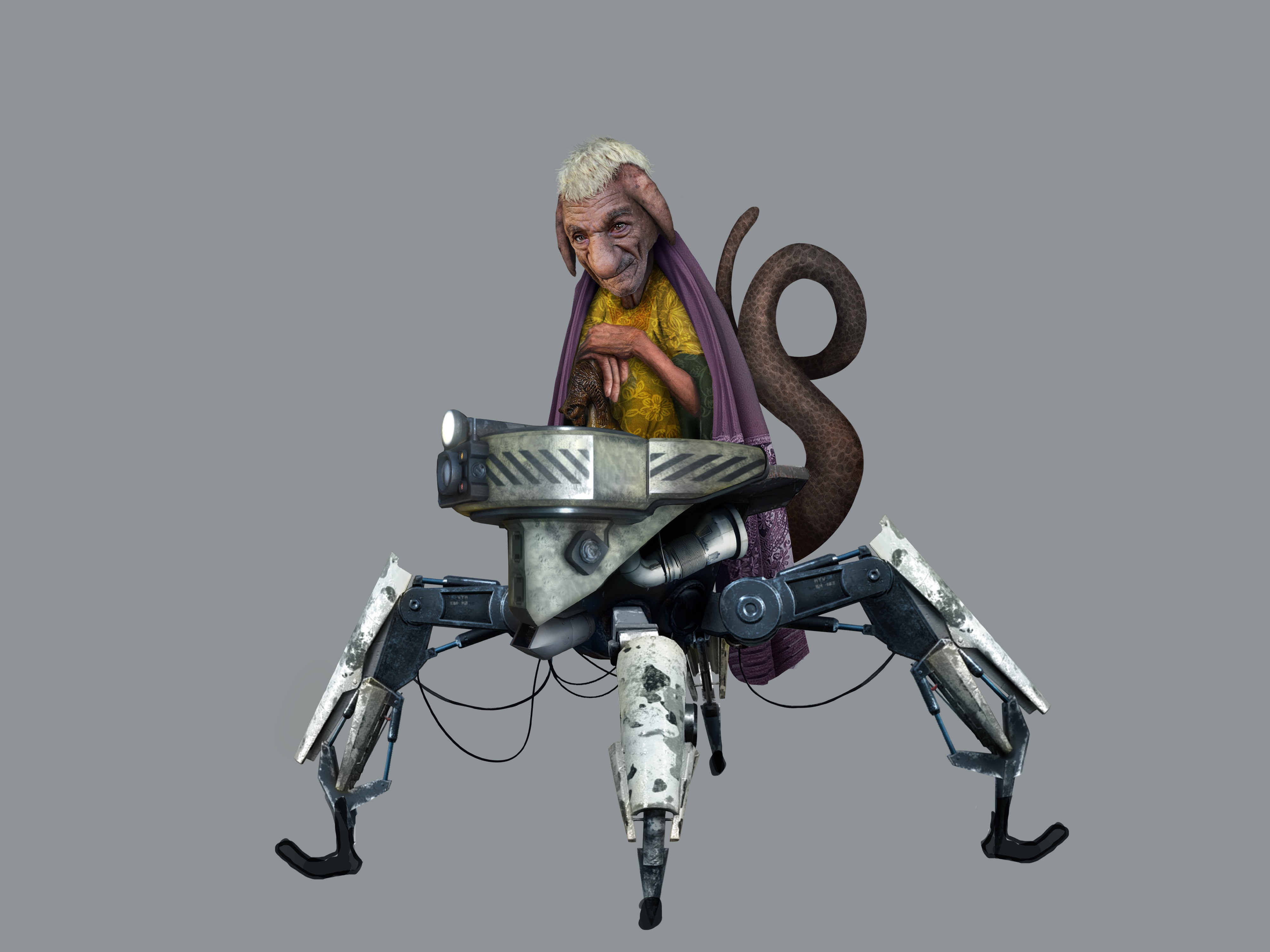 Toma – Drudge of the Helpless

One of the oldest Domovoy currently living, and perhaps the oldest in the capital of Raikfort, Toma was until recently a house servant to the Claudii family.

Domovoy house servants are part of a long tradition that spans back to the first founding of Raikfort after the fall of Toyris. Back then, Domovoy would be provided room and board with the wealthy families of Raikfort in exchange for looking after their children and serving as arcane healers, extending the life and health of their patrons.

Known for their arcane talents, breadth of knowledge and wise council, Domovoy come with weaknesses that could prove fatal in the violent world of Ki. They have a frail and weak body, short lifespan (only around 50-60 years), and a passivist philosophy stemming from their religious devotion. In this respect Toma is no different- however, he went against the Domovoy way in one fateful act. Having been made homeless, he accepted the charity of one of the children he used to care for. Young Magnus Claudii offered his old mentor some water and bread, as well as 4000 Drakka (Ki’s main currency) which he had stolen from his fathers safe.

Toma knew the money was stolen, but was so enraged at being tossed aside and treated unjustly that he accepted the gift of charity and went on his way. However, his former patron Garan Claudii ran a tight ship. It didn’t take long until he discovered that the money was missing along with who was responsible and who was the benefactor. Toma was sentenced to ten years in Bettergreen prison, charged with stealing the money outright (Garan kept his son’s involvement a secret from the Peacekeepers). Ten years will likely end up being a death sentence for the already very old Toma. Sadly, his dreams of returning to his home province of Slovask are likely never to come true.