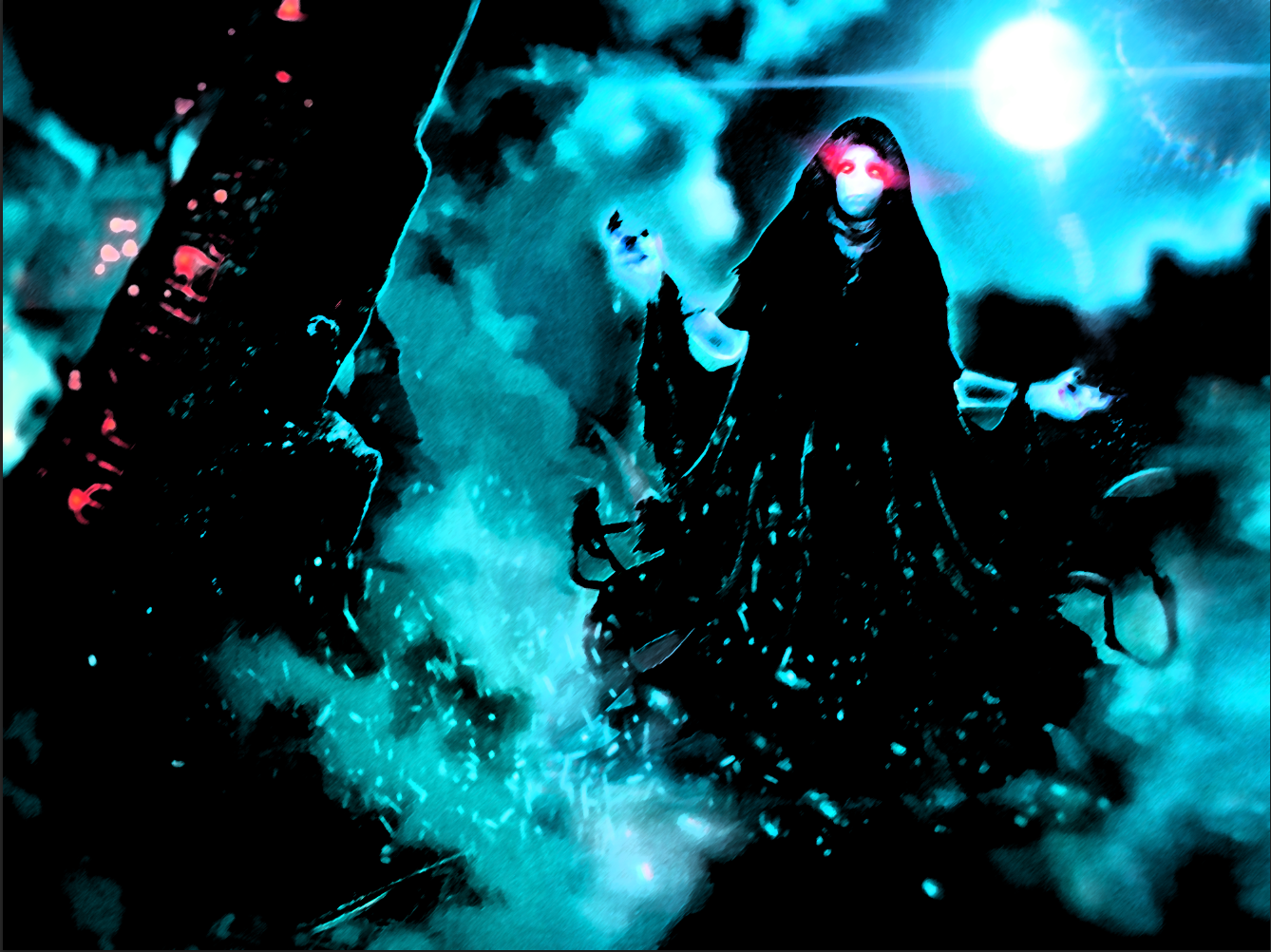 A type of Ethereal named “Banshee” by the locals on earth after they witnessed these creatures leaking through the Rifts.

These ethereal energy-based creatures float and glide through the world looking for new sources of heat and energy. They are so light, in fact, that they are easily picked up by the wind and stretched and thinned out into non-existence. Unless, that is, they are able to find some matter to bind to and weigh them down.

In the Banshee’s case, this usually comes in the form of some ragged, heavy cloth that they hide themselves under. They can often be found roaming marches and bogs, feeding off the heat coming from the thermal vents and the energy released by biological matter breaking down and rotting.

The fact that they have also been seen near graveyards appears to be a coincidence, since ancient cultures would often bury the dead in these marshlands.

While their appearance can send chills down even the bravest of spines, they are actually fairly passive and non-threatening creatures. Banshees are usually content to mind their own business. The same can not be said for all Ethereals however, so tread with care and try not to get to close, lest they think your energy a more tempting source.